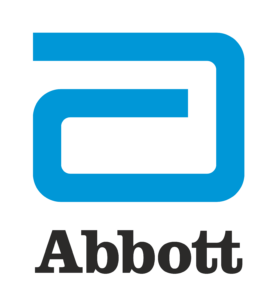 Abbott is one of the key players in world health care, which considers its main tasks not only the release of high-quality products, but also the search for breakthrough methods for the diagnosis and treatment of cardiovascular diseases, diabetes, as well as the production of medicines and nutrition.

Abbott is a regular participant in the ratings of the most respected and innovative companies according to the versions of reputable expert publications for a good reason. 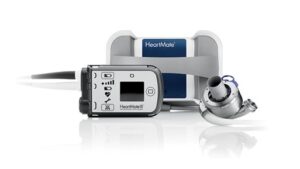 HeartMate 3™ LVAS is the implantable ventricular assist device designed to maintain the function of the left ventricle — an alternative and a “bridge” to heart transplant for patients with severe heart failure. 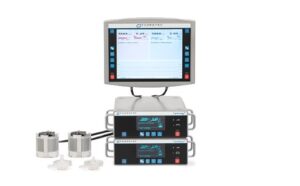 CentriMag™ is the circulatory support system with a magnetic-centrifugal pump, which provides hemodynamic stabilization in patients requiring cardiopulmonary support (ECMO). It is approved for use as RVAD or LVAD for a support period of up to 30 days for patients with cardiogenic shock caused by acute ventricular failure.

Liva Nova was found in the aftermath of the merger of the two largest manufacturers “Sorin Group” and “Cyberonics”. Today, the Company is a world leader in the production of cardiopulmonary bypass systems, oxygenation systems and blood autotransfusion systems.

The advanced technology solutions developed by LivaNova’s employees made a significant contribution to the development of cardiac surgery.

LivaNova’s products are used in more than 40% of open-heart surgeries worldwide, which once again proves the high quality of equipment and the relevance of development. 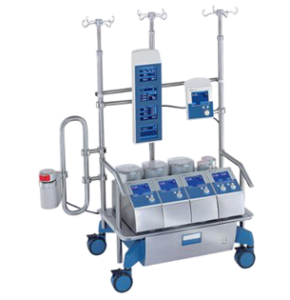 S5 HLM is the functional, intelligent, ergonomic and reliable heart-lung machine (HLM) being an excellent choice for a perfusionist.

S5 has a liquid crystal monitor with data output on the battery charge, the pulsating flow of each pump, the current time, cardioplegia, the ratio of blood gases and other important information. The casing is made of stainless steel, which increases mechanical stability and significantly extends its service life. 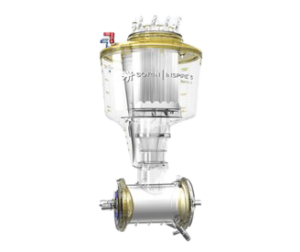 Inspire oxygenators are the innovative oxygenation system developed on the back of many years of research experience, the contribution of clinical experts from around the world and the application of the best quality standards. Inspire offers optimized perfusion in cardiac surgery for a wide range of patients. Oxygenator helps minimize the effects of cardiopulmonary bypass by reducing haemo-dispersion, improving neurological defence and reducing the inflammatory response. 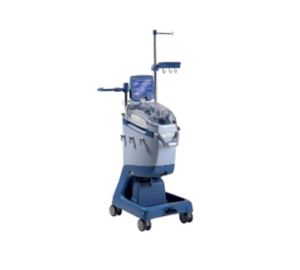 XTRA is the innovative  —  high-performance autotransfusion system. It is a comprehensive system for the restoration of autogenous blood, which is used to collect blood, as well as subsequent concentration and washing of red blood cells.

TransMedics is the scientific flagship in the organ transplantation, since it is this company that produces systems for the preservation of donor organs. This is especially relevant in countries with a large territory such as Kazakhstan, where it may take a long time to cover the distance from the donor to the recipient.

TransMedics Organ Care System (OCS) is the first of its kind patented and portable system that provides a lot of opportunities for transplantologists: to maintain the good condition of the organ, to diagnose and optimize. The system enables transportation of donor organs such as the heart, lungs, liver.

TransMedics Organ Care System (OCS) — Prior to release of the portable system, the organ for transplantation was treated with special compounds, placed in a plastic bag, then covered with ice and placed in the refrigerator. The main problem with this storage method was the lack of oxygenated blood supply, which led to side effects that could not be diagnosed before surgery.

Doctors often encountered complications during transplantation, and far from always the specialists could cope with the problems mentioned. Given that every year there are about 60,000 organs in the United States, Canada, the European Union and Australia, that could be used for transplantation, but were not used because of the inability to save them, the production of a system for their preservation was a priority task.

This is especially true for Kazakhstan, where the transplant coordination service is developing, and each organ is as valuable as gold under a large shortage of donor organs.

© ALL RIGHTS RESERVED BY "UNICMED ASIA" LLP 2020. THE SITE WAS DEVELOPED IN ALMATYSITE.